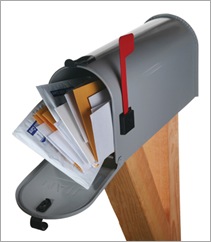 This is a bloody hoax. And it is, as it had been circulating around the internet for a good 10 years or more.

It is so very annoying. Bill Gates giving away his fortune? If that is true, he would now probably be sleeping in the streets or under some bridge. I am very sure many of you have received an email that looks like the one shown below.

When you forward this e-mail to friends, Microsoft can and will track it (if you are a Microsoft Windows user) for a two week time period.

There may be some variations in the above version, but the stories are fundamentally similar. I admit to having fallen victim to this notorious hoax many years ago, but who can blame a 13-year-old who had just gotten his first computer? The problem is that many a times I usually receive this email from friends who usually belong (apparently) to the right portion of a intelligence distribution curve.

There are people who are supposedly mature (and intelligent) enough yet fail to understand that in there is no free lunch in this world.

Even if Bill Gates did intend to pay that amount of money for every email sent and received, there are some nagging issues as to why this fact cannot possibly hold water:

1. The world population currently stands at close to 7 billion people. The global average internet penetration rate, as of March 2009 is 23.8 percent (http://www.internetworldstats.com/stats.htm), and that accounts for some 1.6 billion people. If 2 in every 10 persons of these1.6 billion people forward the email to an additional 5 persons (they usually forward to everyone in their address books anyway), that accounts for some 320,000,000 persons forward that email to 5 times that amount, assuming that every one of these 5 persons are unique. This is further compounded by the fact that this email has been (and still is) in circulation for more than a decade, almost guaranteeing that every single internet-user on earth has seen this email at least once. If say, a ‘modest’ number of people, 50 million, for instance, actually did receive a check of USD 200  from Bill Gates for forwarding this mail in the time-span of 1 year, that makes a total of 10 billion dollars to give away every year, and that is a huge chunk of Microsoft’s annual revenues. This is also one reason why Ponzi schemes eventually fail.

2. The second reason is a total no-brainer: Isn’t it easier to just give it away the good old-fashioned way? For that reason, there is the Bill & Melinda Gates Foundation. Simple and convenient, and it certainly beats forwarding spam and wasting server resources.

Spam is relatively easy to identify. More often that not, spam is often characterized by three common traits:

It always pays to have good email habits. What then do you do when you encounter spam? My uncle’s 3-step ‘Guaranteed-To-Eliminate-Spam’ technique would suit most people. The steps are:

Additionally, be careful with whom you share your email with. If you have to provide your email address, like signing up for email newsletters, make sure there is an option to unsubscribe in the future.

Thou Shall Not Forward Spam…

If there was room for another commandment, it ought to a top reason for making frequent trips to the confessional. Churches and places of worship around the world would be packed with ‘sinners’ and the religious would be droning on and on with their sermons as to why spam is ‘evil’.

But spam is evil.

I have had to deal with enough spam to make it my full-time job.

Forwarding emails indiscriminately  makes your inbox a highly susceptible target of spammers as the chain of email addresses usually accumulated as inline text can be harvested by unscrupulous individuals for marketing (or rather, spamming) purposes.

Don’t want to see spam? Then think before you hit that forward button.