I really like my new Sony power bank. But if there is one thing that really annoys me is that it did not come bundled with a charging cable and plug head for use with my iPhone. But then I think I am just being difficult. I went down to the store and got myself one of these third party sync/charging cables on the cheap and found one that worked pretty well. The build quality isn’t quite up to the standard of the one bundled with the phone but it was by no means bad either. The brand? It’s ‘Ztoss’, which I think I have seen somewhere before.

I hope it won’t cause any issues with my power bank. At least I don’t have to lug around my iPad charging cable. Maybe I can even leave the new cable permanently attached to my workstation’s USB port.

Smartphones nowadays have become incredible juice-sucking devices. Manufacturers are squeezing more and more features into phones to the point where conventional lithium ion battery technology is struggling to keep up.

I managed to get hold of one of these ‘power banks’ which are really just big batteries that hold a lot of charge and can be set to charge mobile phones and other devices. I got myself a Sony-branded one. Here is how it looks like:

Now it’s time for me to get a shorter charging cable.

Since Eric Schidmt stepped down as CEO of Google, there have been some incredible changes in the way Google works. Among these sweeping changes include a ‘beefing up’ of the user experience overall, of Google’s services, notably, Blogger and Google Photos. Seems like Google is finding an avenue to retire their Picasa Web services, but that is just a wild guess.

Having been blogging for these couple of years, I had for some time been deliberating as to whether or not I should make a switch for WordPress. However, the changes made to Google’s blogging platform has seen a more user-friendly interface, making heavy use of AJAX and HTML 5.

As a result, saving your drafts and posting them can be done in a flash. No waiting for whole pages to reload. Yay!

Pardon the rather uninspiring title. I was given the privilege to cover the event for the day, and what might be that big happening for that day you might ask?

Switch, an Apple Premium Reseller (no, they don’t sell fruits) traces its humble origins to Gelugor, Penang, West Malaysia. Following Apple Inc’s phenomenal comeback, Switch has expanded its presence through the entire country and has recently made inroads into our beloved Hornbill state of Sarawak.

Switch was, until very recently, only an ‘authorised reseller’, meaning they were limited to selling only certain Apple products, but now being a premium reseller, you now have access to Apple’s full range of premium products. Not bad for a first in East Malaysia.

Compared to their old corner lot, the new lot they currently occupy is HUGE, at least as far as floor space is concerned. The store does seem a bit sparse, but then, every measurement is made to Apple’s standard, so it could be a requirement for the store layout and design.

The new store is adorned with Apple’s trademark colours of white and black. iPads, iPods and iPhones lined up neatly on white display stands.

It was a very busy day for the Switchers (Switch’s staff are called ‘Switchers’, at least that is what their T-shirts tell us). The day was packed with activities ranging from a Fruit Ninja competition during which winners walked away with a goodie bag each. Prize allocation was based on who is able to score the highest. I could barely make it past the 170 mark!

It was unfortunate that I had to leave early, but all things being equal, we now know where to get the latest Apple gadgetry. Long live Switch!

It’s hard to believe that it just happened. In fact, it’s so hard to believe, that only after years of ‘Googling’, I had just ‘discovered’ one of Google’s most powerful search operators: ‘define:’. 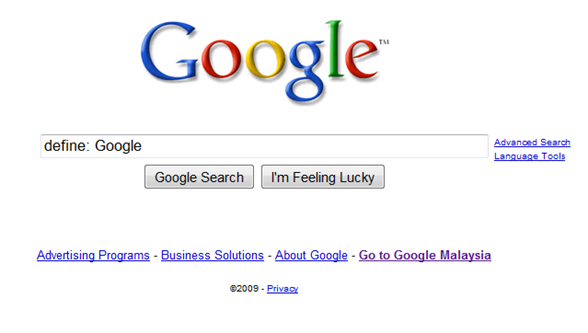 Now, I am not writing this article to tell you what late bloomer I am. It’s just that instead of scouring the web, conducting dictionary searches and performing cross-searching across multiple sites, I found that a way to get the ‘best of both worlds’, was to simply use the search operator ‘define:’. In short, Google gets to do the dirty work (nearly all of it), with sleeves rolled up.

The result can be seen below. 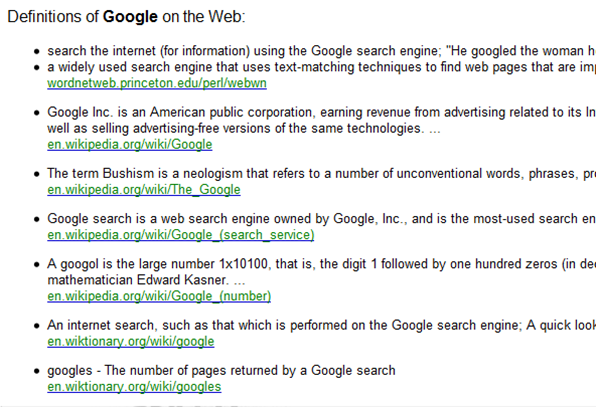 Too good to be true right? It’s no wonder Google has such immense sticking power.

And what do I get? 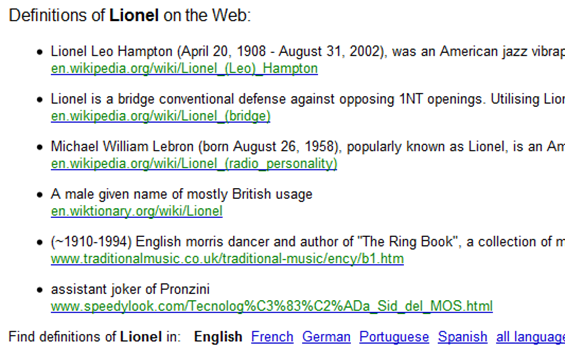 Hmm…sad, obviously nothing to shout about, except that my name being popular among the folks in Britain at one time. 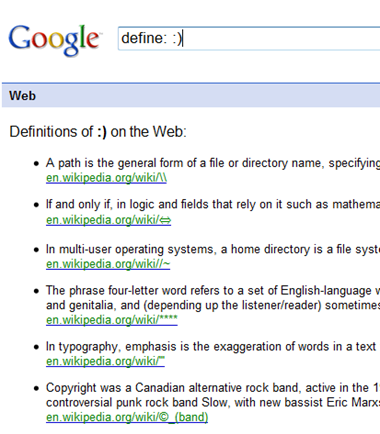 So we need to be a little more specific with Mr. G (Google!)… 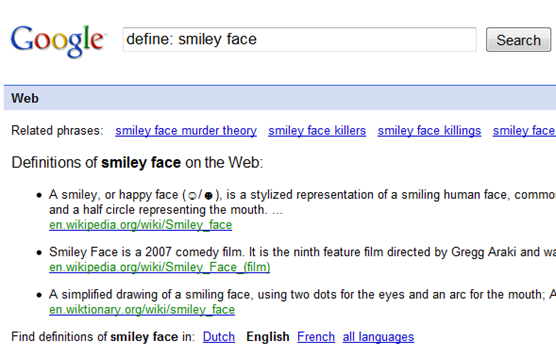 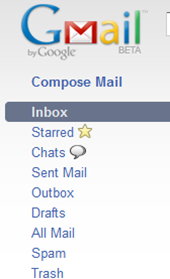 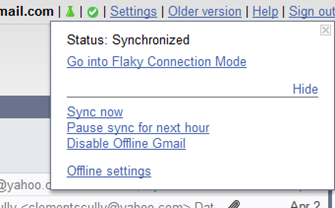 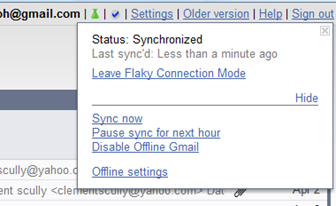