Having been jungle trekking in the past and scaling some of the not-so-tall hills and mountains of Sarawak, I had been thirsting for a similar adventure so I asked myself, “Why not go to Bako?” 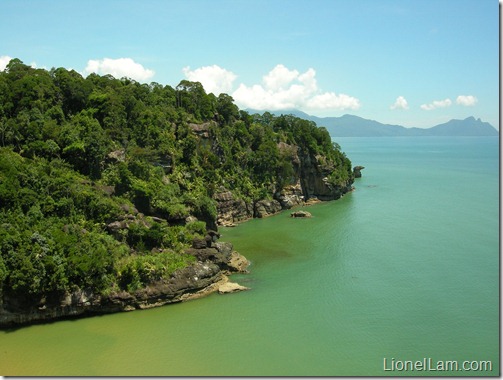 We had been planning this trip for a long time, way too long, and before we knew it, all the hostels and lodging were all snapped up for the weekend, so we went for a day trip instead.

For those who don’t know much about Bako National Park, the national park is the oldest in the East Malaysian state of Sarawak and is located some 29 to 30 kilometers from Kuching (see picture below), the capital of Sarawak. My pals gathered at my place on early Saturday morning at around 6.30am before meeting up at Thompson Corner for a hearty breakfast of kolo mee to keep our energy levels high for the trip ahead. I had been gaining some weight for some time (extra 15 kilos the last time I checked, may be higher now) so this is the perfect moment to get in shape. 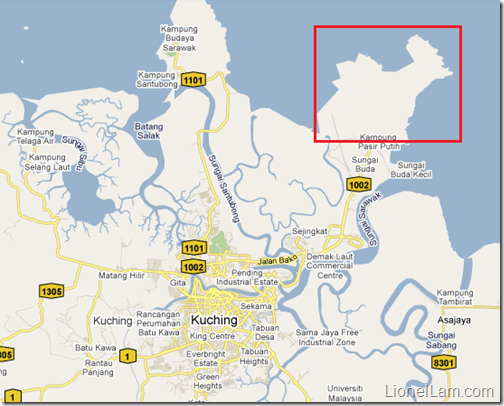 Bako National Park is one of the nearest national parks to Kuching, and getting there by car or bus should be a no-brainer. The second phase of the journey however requires visitors to travel by boat. 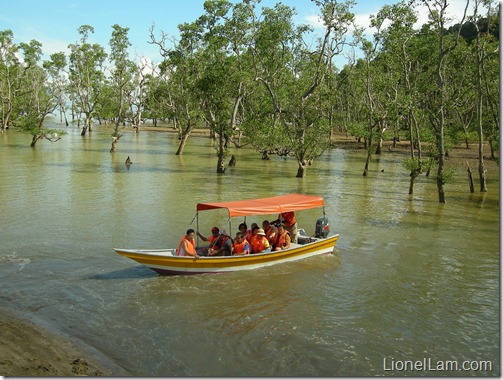 It is possible to charter a motorboat at the national park terminal at Kampung Bako and it costs RM 47.00 per boat per way, for 5 persons. 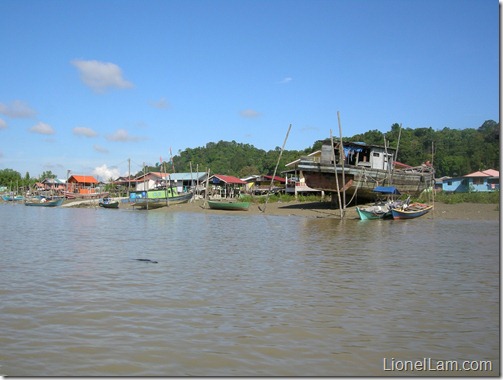 The boat trip was quite scenic as we were greeted by views of the kampungs and fishing boats of the fishing village along the way for the first 5 minutes of the boat journey, followed by several stretches of mangrove swamps. 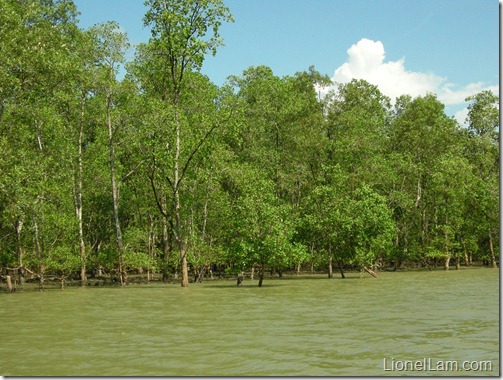 The boat trip was a lot shorter than I had initially thought. As we were nearing the park’s jetty, we spotted some of Bako’s top attractions; walls of sandstone and limestone, crafted by wind and water over thousands of years. 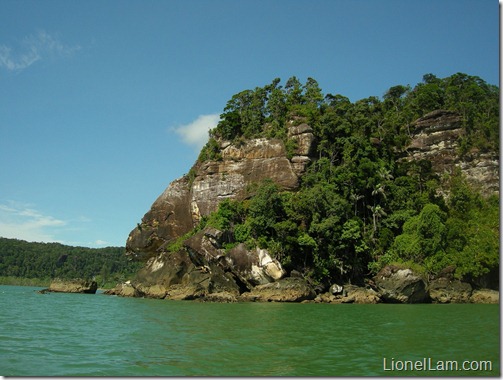 This is of course, not without getting a spectacular view of Mount Santubong, which is said to resemble the profile of Rajah Brooke lying down. The photo below was taken from Teluk Assam, near the jetty. Legend has it that there was once a princess named Santubong, who was cursed and turned into a mountain. 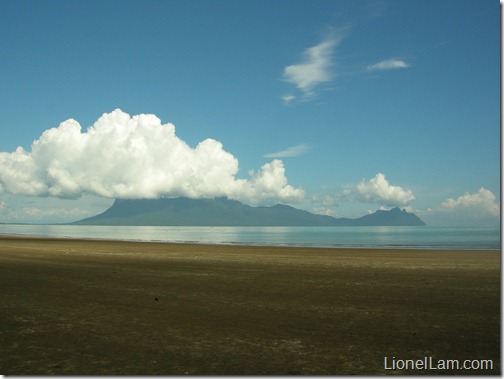 It is not difficult to get around the park as most areas are accessible via trails which are properly maintained. The elevated plank walk shown below allows visitors to have a good view of the mangrove swamps. 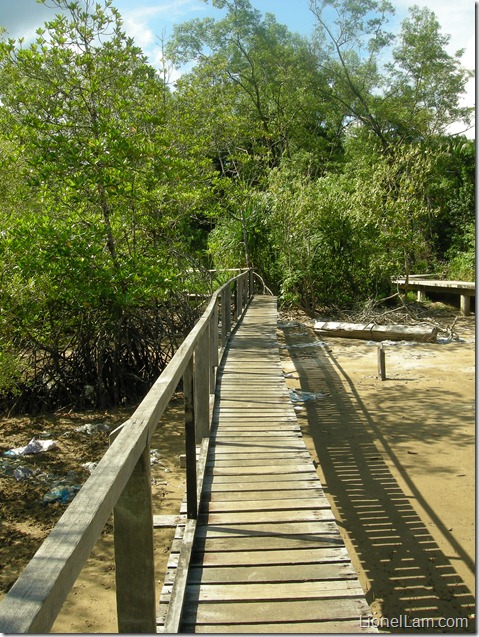 *To be continued in Part 2

One thought on “Trip to Bako National Park”