Have you seen this somewhere? If you haven’t you’re probably not from Kuching…go figure. 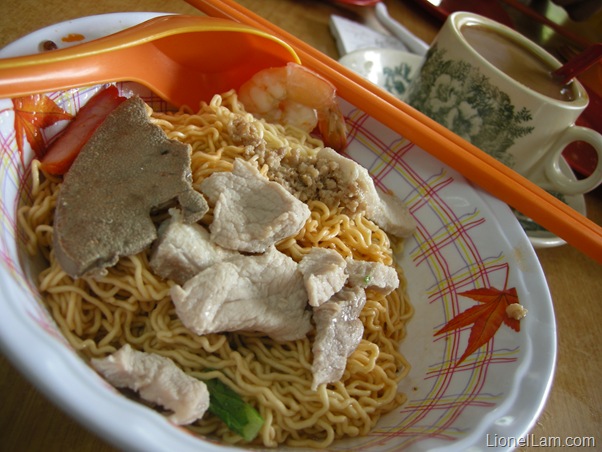 You’ve been away from Kuching (and yes, you were born there…) for nearly a year, and your survival instincts tell you that you’ll ‘die’ if you continue to live without it. Oh, did I forget to mention? I’m so sorry, if I forgot to mention that, beyond the borders of my beloved Malaysian state on the tropical island of Borneo, the term gan lao mian in Mandarin, mee kolok in Malay, or more affectionately kolo mee in Kuching’s most famous dialect, is simply not in everyone’s vocab, so to speak. And whether or not that is a good or bad thing, most places outside of Sarawak sell kolo mee without the ‘kolo‘ so it’s usually just ‘mee’. Ah…the agony…

Beyond Sarawak
It’s hard for me to tell exactly where (and when) this mouth-watering delight came from, and came about, in the first place, but like most Kuchingites, we don’t really care anyway, as we gleefully put it in Hokkien: jiak pah boh eng…hehe…
Okay, now back to the serious side.
The mystery surrounding kolo mee isn’t what one would expect to rival that of the Lochness monster, but there are several versions to the story of how this Kuching specialty came to exist. For the purpose of simplicity, I’ll be using a story told by my father’s father, so put quite simply, it’s a grandfather’s tale…

The Story in Brief

At the turn of the century, there came hordes of Chinese immigrants from southern China, who came pouring into Kuching and some other early settlements in Sarawak which grew into urban areas such as towns Bintulu, Sibu and Kuching’s other city, Miri. I’ve not travelled extensively enough to see if kolo mee is as popular in other parts of the state. My grandfather argued that the original kolo mee was actually a Cantonese recipe for some really dry noodle, fried in light oil with mince pork toppings and steamed vegetables with onion sauce.

Summary of the differences:

But perhaps the most distinguishing feature of the noodle in the past was the fact that it was really really dry, drier than today’s ‘improved’ version. Maybe that’s why it didn’t really appeal to Kuchingites of the day. Today’s version is a little ‘soupier’, just push back the noodles to one side of the bowl and you’ll see the gravy.

Kuchingites I know over here in West Malaysia are always ‘dying’ to get back home to have a bowl of what we call ‘original’ kolo mee. It’s a wonder if the original version would go unchanged elsewhere outside of Kuching. I remember clearly ordering a bowl of ‘kolo mee’ (yes, with the quotes) at a stall in Johor, and it was nothing like the ones I used to have back at home.

In recent years, a chain of restaurants ‘Jia Xiang Kuching Sarawak Kolo Mee’ sprang out of nowhere in Singapore, from a one-lot establishment to that of several branches. Time will only tell if this dish would evolve to suit the taste of the Singaporeans. 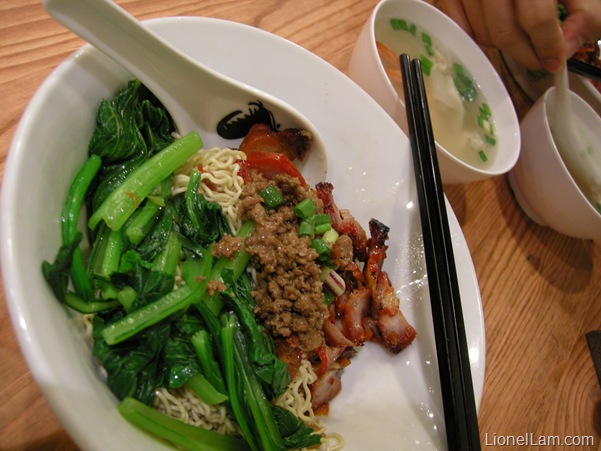 Kolo Mee in Singapore
And did it change eventually? The answer is a resounding YES!
Singapore’s version:
1. Dry noodles.
2. Char siew.
3. Vegetables, plenty.
4. Mince pork topping, generous portion.
5. ABALONE!!
Yes, so it’s not unusual to find a bowl costing around SGD$8.00. Not bad huh? After Singapore, where next? Only time will tell.

2 thoughts on “The Kolo Mee Story”